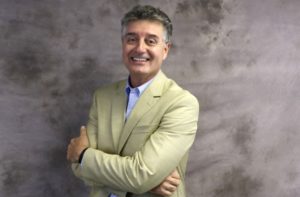 Early in his career, Ted Mallires’ path turned towards technology.  Focusing directly on communications and its connection to networking, he found himself supporting the telecom environment and its integration to over 2000 K-Mart retail locations as well as working with carriers to integrate the latest technologies into the retail-giant’s environment.  Consultative in nature, he transition to Plante Moran and led a telecommunications consulting practice that grew at an amazing rate.

Armed with over eighteen years of experience, five years ago Ted brought this knowledge to the BAZ Group.  He now leads some of our largest clients with assessment, planning, procurement, and project management activities associated with optimizing and advancing their networking and infrastructure environment using advanced carrier and Unified Communications systems and services, and IP telephony best practices. Ted holds a BA in Business from Michigan State University, in addition to a second BA in Information Systems from Madonna University. He also holds the PMP designation.   He is a member of the Society of Communications Technology Consultants International (SCTC), and is active in a number of manufacturer and carrier Consultant Liaison programs including Mitel and Cisco.  Ted is a noted speaker in the world of telecom technology best-practices, and a frequent contributor to many industry publications.

A husband and father, Ted – when unplugged from work – is also an avid outdoorsman and accomplished kayaker.  He can often be found in the waters of Lake St. Clair, traversing its many channels, inlets, and open waters.  For Ted, life can be found at the end of the paddle, and can be truly lived with the help of his family and friends.