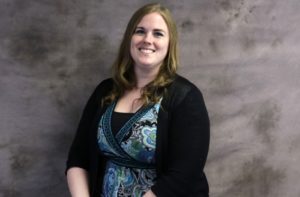 When Evan first joined the BAZ Group, she had a will to learn, an innate ability to ask the right questions, and a keen understanding of her own cell phone.  Soon, Evan became a key player on the BAZ IPM team and was recognized for her analytical skills and ability to earn the trust of some of BAZ’s longest-standing clients. She also became recognized as the go-to person for office cell phone set up and plan selections.

In addition to the design and development of our wireless practice, Evan leads the Wireless Telecom Expense Management team for the BAZ Group, and oversees client analyses for improvement of mobile technology environments. From the Cloud to the end-user, Evan drives our Wireless and Mobile business practice and keeps our customers connected. 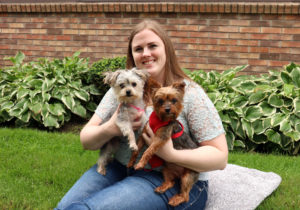 Evan not only can create an entire offering out of an idea, she can singlehandedly create fun, seemingly out of nowhere.  Evan is usually found behind much of the laughter and prank activity in the office and no one is typically safe – including Evan herself.  It is a good thing that this laughter burns calories – because Evan is also often the source of amazing cakes, cookies, pies, appetizers, and a host of other delectables that she whips up at home and brings in to share with her ever-grateful (and ever-hungry) BAZ family.